Journal of a Residence on a Georgian Plantation in 1838-1839 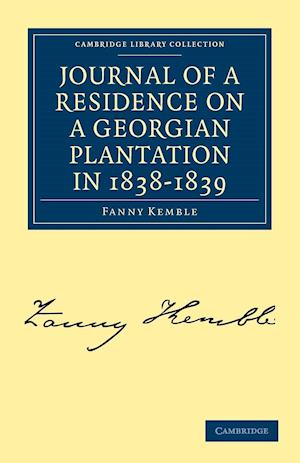 A few years after her marriage to a wealthy American, the English stage-actress Frances Anne Kemble (1809-1893) moved with her husband to his residence in Georgia, where he had inherited two plantations. There she kept a journal of her shocking observations of the practice of slavery. Written over a period of less than four months, Kemble's journal records her day-to-day encounters with her husband's slaves, and attempts to expose the moral injustice of slavery. The journal circulated privately among her friends, but was not published until 1863, long after Kemble's divorce in 1849. Her book is credited with influencing Britain's position of neutrality during the American Civil War despite the cotton industry's lobbying in favour of the South. Kemble's journal remains a lasting and important critique of slavery, and a valuable document about the nineteenth-century American south.