Joseph II: An Imperial Reformer for the Austrian Netherlands 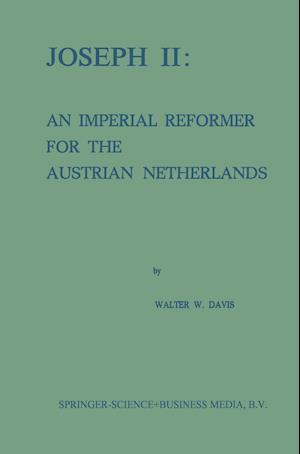 It has been said that never has a monarch so narrowly missed "greatness" as did the Holy Roman Emperor Joseph II. An idealistic, sincere, and hardworking monarch whose ultilitarian bent, humanitarian instincts, and ambitious programs of reform in every area of public concern have prompted historians to term him an "enlightened despot," "revolutionary Emperor," "philosopher on a throne," and a ruler ahead of his time, Joseph has also been condemned for being insensitive to the phobias and follies of his subjects, essentially unrealistic, almost utopian, in establishing his goals, and dogmatic and overly precipitous in trying to achieve them. Efforts to analyze and explain the actions of this complex and controversial personality have involved a number of savants in investigations of "Josephinism" (or as I prefer to call it, "Josephism"), dealing in great detail with the motiva tions, substance, and influence of his innovations. The roots of Josephism run deep, but can be observed emerging here and there from the intellectual and political soil that nourished them, before joining the central trunk of the system formulated during the latter years of Maria Theresa's reign to grow to an ephemeral and stunted maturity under Joseph II.