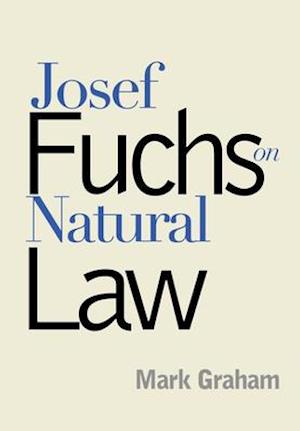 Appointed by Pope John XXIII to the Pontifical Commission on Population, Family, and Birth, Fuchs ultimately found himself disappointed in his three years of service and spent the next thirty years exploring a broad array of issues pivotal to a reconstruction of Roman Catholic natural law theory. This is the first full-length analysis of Fuchs' efforts. Beginning historically by looking at Fuchs' writings and beliefs before the Pontifical Commission appointment, including his defense of natural law during the "situation ethics" debates of the 50s and 60s, the concept of personal salvation, and the status of "nature" and "human nature", Graham moves to the intellectual conversion that inspired Fuchs to reconsider his concepts following the commission appointment. From there, Graham engages in a sustained critique of Fuchs' natural theory, addressing both the strengths and weaknesses to be found there and suggest possible avenues of development that would make a positive contribution to the ongoing quest to rehabilitate the Roman Catholic natural law theory that continues to dominate the landscape of moral theology today.