Jordan in the Late Middle Ages

- Transformation of the Mamluk Frontier

indgår i serie Chicago Studies on the Middle East 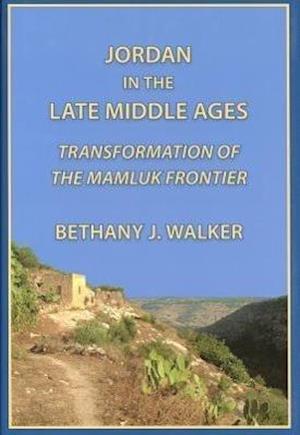 The decline of the Mamluk Sultanate from the late fourteenth century is an important component of the larger transformation of the late medieval Levant. In this centralized state, the Mamluks political culture has traditionally been defined by that of the imperial capital of Cairo. The political decline of the sultanate in Cairo has, then, come to define the many-faceted transformations of the entire region with the waning of the medieval era. The dynamics of change far from Cairo, in remote settlements on the imperial frontier, are, by contrast, relatively unknown.This book explores the transformation of the Mamluk state from the perspective of the Jordanian frontier, considering the actions of local people in molding both the state and their own societies in the post-plague era. Through a critical analysis of a wide range of economic and legal documents of the late Mamluk and early Ottoman periods, as well as data on rural society generated by recent archaeological research, the work documents the complex, dialectical relationships that always existed between the Mamluk state and the tribal societies of Jordan, as well as the flexible strategies pursued by both to adapt to changing circumstances during the late medieval period. It is ultimately a provincial perspective on imperial decline, reform, and rebirth that sheds new light on the mechanisms of socio-political and economic change through the experiences of ordinary people living on the margins of empire.The book is illustrated with more than two dozen photographs and 6 maps.