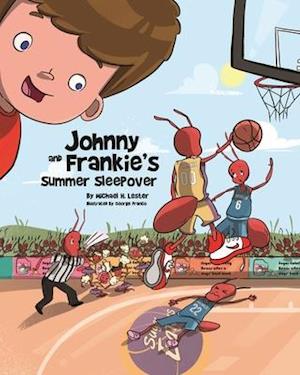 Johnny has a thing for ants. He admires them for their hard work, their discipline, their organizational skills, and their fascinating social network. During summer vacation, while other children play on the swings or throw frisbees, Johnny spends hours watching the ants at work and even feeds them jellybeans When Johnny makes friends with an ant named Frankie, he has a summer he will never forget Michael H. Lester's hilarious story about an unlikely friendship between a young boy, named Johnny, and a friendly ant, named Frankie, will have children of all ages laughing along with their parents and grandparents as they go from page to fun-filled page and back again.