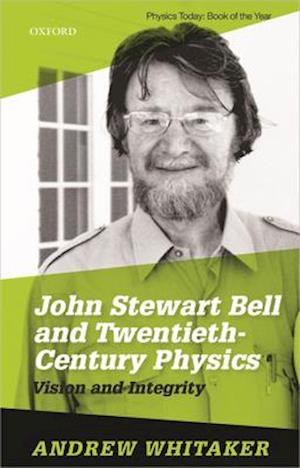 This book gives a readable non-mathematical account of the upbringing, education and academic achievement of John Stewart Bell, the celebrated physicist from Belfast, who was born in 1928.Bell has become famous for what he described as his 'hobby', analysing the fundamental aspects of quantum theory, where he clarified a long-standing debate between the two most important figures of twentieth century physics, Albert Einstein and Niels Bohr, and showed that, contrary to belief over the previous thirty years, quantum theory could be supplemented with extra 'hidden variables'. His crucial 'Bell's Theorem' or 'Bell's Inequalities' demonstrated a contradiction between quantum theoryand local causality. This relation has been tested with increasing rigour over the next years, and quantum theory has triumphed. His ideas were also important in the development of quantum information theory, which covers quantum computation, quantum cryptography and quantum teleportation.The book covers his earlier work at Harwell, where he worked on the design of accelerators, making extremely important contributions to the physics of strong focussing. He later moved to CERN in Geneva where he carried out highly significant work in the fields of elementary particles and quantum field theory. It also covers some details of Bell's personal life, including his marriage while he was at Harwell to Mary Ross, who also worked in the physics of accelerators, and also describes hiscareer decade by decade, and sums up his importance to twentieth-century physics.

Forfattere
Bibliotekernes beskrivelse The book gives a non-mathematical account of John Bell's upbringing in Belfast and his education. It describes his major contributions to quantum theory, but also his important work in the physics of accelerators, and nuclear and elementary particle physics.