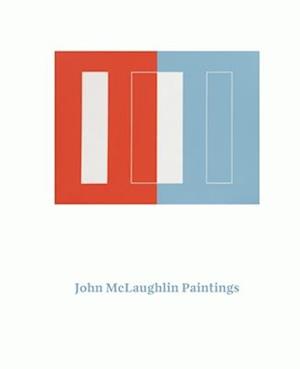 This long-overdue retrospective book on a pioneer of West Coast abstraction considers John McLaughlin's body of work and his unique influence on the Los Angeles postwar art scene. For decades before his death in 1976, John McLaughlin steadily produced some of the most fascinating paintings coming out of Southern California. Minimal geometric abstractions characterized by clean lines, bold colours, and flat, intersecting forms, McLaughlin's paintings investigate symmetry and composition, and are largely informed by the Japanese notion of ma the special emptiness between forms. Generously illustrated with more than 80 images, the book features reproductions of the self-taught artist's works and celebrates their simple beauty and precision. In addition, insightful essays explore McLaughlin's relative obscurity in the pantheon of 20th-century American artists, his influence on contemporaries and later artists, and the role of Asian art and philosophy in McLaughlin's practice. AUTHOR: Stephanie Barron is Senior Curator and Head of the Department of Modern Art at the Los Angeles County Museum of Art. Lauren Bergman is Assistant Curator of Modern Art at the Los Angeles County Museum of Art. 92 illustrations