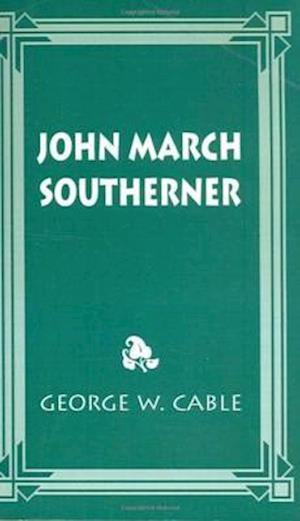 When it comes down to moral honesty, limpid honesty, and utterly blameless piety, the Apostles were mere policemen compared] to Cable. --Mark Twain

Upon inspection, a life can be said to be a composite of mere when, where, why, how, and what. The fictitious character John March was born in the mid-nineteenth century in the formerly Confederate South. He is an inheritor of land and money, expected to become the quintessential Southern gentleman. But into every life, some rain must fall, and John March, Southerner is no exception.

Cable's tremendous accomplishment in this novel is the clarity and honesty with which he presents the life of a man of his time, along with all the attendant ambivalence, indecision, joy, and sorrow such a life, and in fact any life, encompasses.