John Laurens and the American Revolution 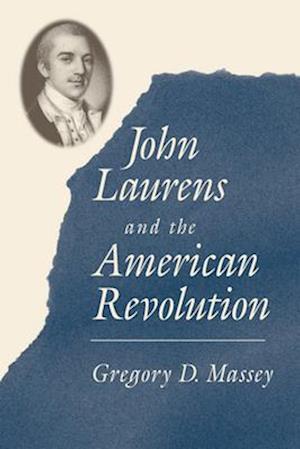 A historical figure's attempts to secure freedom for America and her slaves Winning a reputation for reckless bravery in a succession of major battles and sieges, John Laurens distinguished himself as one of the most zealous, self-sacrificing participants in the American Revolution. A native of South Carolina and son of Henry Laurens, president of the Continental Congress, John devoted his life to securing American independence.In this comprehensive biography, Gregory D. Massey recounts the young Laurens's wartime record -a riveting tale in its own right -and finds that even more remarkable than his military escapades were his revolutionary ideas concerning the rights of African Americans.Massey relates Laurens's desperation to fight for his country once revolution had begun. A law student in England, he joined the war effort in 1777, leaving behind his English wife and an unborn child he would never see. Massey tells of the young officer's devoted service as General George Washington's aide-de-camp, interaction with prominent military and political figures, and conspicuous military efforts at Brandywine, Germantown, Monmouth, Newport, Charleston, Savannah, and Yorktown. Massey also recounts Laurens's survival of four battle wounds and six months as a prisoner of war, his controversial diplomatic mission to France, and his close friendship with Alexander Hamilton. Laurens's death in a minor battle in August 1782 was a tragic loss for the new state and nation. Unlike other prominent southerners, Laurens believed blacks shared a similar nature with whites, and he formulated a plan to free slaves in return for their service in the Continental Army. Massey explores the personal, social, and cultural factors that prompted Laurens to diverge so radically from his peers and to raise vital questions about the role African Americans would play in the new republic.