- A British Sculptor in Rome 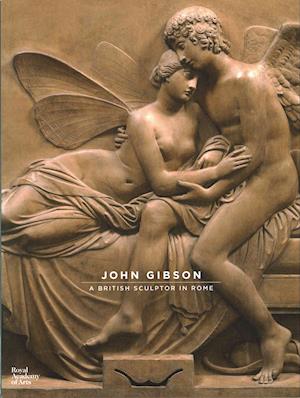 Born in Gyffin, near Conway, Wales, John Gibson (1790-1866) moved with his family to Liverpool, where he trained as a cabinet-maker and mason. The historian and banker William Roscoe whetted Gibson's appetite for classical statuary, and provided him with a scholarship and funds to visit Rome. Gibson arrived in the city in 1817 and entered the workshop of Europe's pre-eminent sculptor: Antonio Canova. Soon acclaimed in his own right, Gibson remained in the city until his death in 1866. Contact with artists and patrons on the Grand Tour ensured lasting links with Britain, and this publication highlights Gibson's sculptures in such collections as the National Portrait Gallery, the British Museum, Westminster Abbey, Parliament and the Royal Collection. Gibson bequeathed to the Royal Academy drawings, plasters and sculptures, as well as correspondences, accounts and notebooks; some reproduced here for the first time.