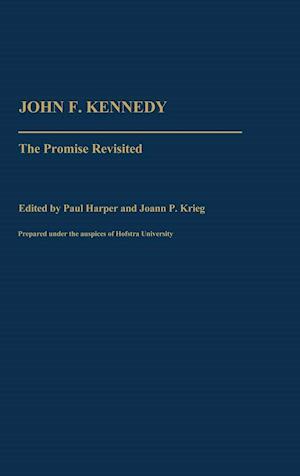 As reassessment of Kennedy for the popular audience largely carries on in terms of hagiography or talebearing, some scholars are more quietly at work to fashion a dispassionate appraisal. A good sampling of research is this collection of 23 papers from a 1985 conference at Hofstra University. The topics, varied if not perfectly balanced encompass the missile crisis, fiscal policy, and other standard questions, as well as less traveled ground such Indo-American relations and the influence of William Lederer and Eugene Burdick's The Ugly American on the era. The conclusions are varied too, with Kennedy appearing neither a saint nor a scoundrel. Library JournalThe introduction looks at Kennedy as president and as politician, and establishes the two realms, myth and substance, in which the subsequent examination of Kennedy's life and career will be conducted. His presidency is then divided into the broad categories of foreign policy and domestic policy. Within these categories the suceeding chapters touch on the major controversies and conflicts of the Kennedy years in office, from the question of his religion, which clouded the candidacy, to his final days in the White House. The essays use events of the presidency as a means of reflecting on Kennedy the man, the Senator, and the candidate, as well as the President. Nothing is taken at face value, not Kennedy's liberalism, his support of minorities, nor the wisdom of his economic measure or his foreign policy decisions. All are scrutinized for the reality that often has been obscured by the popular myth. Along with the more widely noted issues, such as the communications flap over the vast wasteland reference, there are chapters on lesser known but nonetheless important issues, such as Kennedy's management of the Trust Territory of the Pacific Islands and his handling of relations with India. A brief concluding section sets the Kennedy presidency within a frame of two others, those of Truman and Reagan, yielding insights into each.