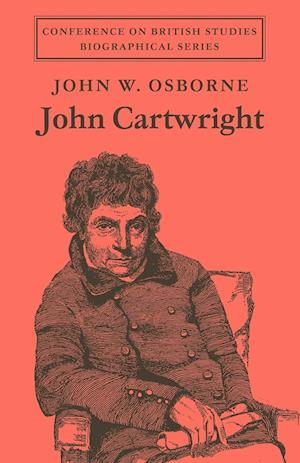 This is a biography of Major John Cartwright (1740-1824), the English advocate of radical reform who had considerable influence in shaping the mainstream of reform in England in the nineteenth century, and whose ideas lay behind the working-class Chartist Movement. Known as the 'Father of Reform', Cartwright was the first person of importance to hold a literal belief in universal male suffrage and was venerated by generations of reformers. Dr Osborne's book clarifies and analyses Cartwright's extensive political plans and ideas against the background of contemporary English radicalism and of social and political change. He shows how Cartwright, as a member of the English landed gentry, tried to understand conditions which were changing at an unprecedented rate and still retained a high degree of traditionalism and conservatism.