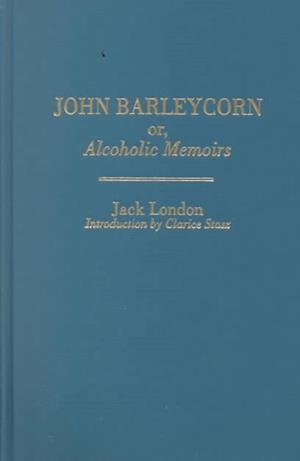 John Barleycorn is an autobiographical novel by Jack London dealing with his enjoyment of drinking and struggles with alcoholism. In this memoir, there are the themes of masculinity and male friendship. London discusses various life experiences he has had with alcohol, and at widely different stages in his life. Key stages are his late teen years when he earned money as a sailor and later in life when he was a wealthy, successful writer.