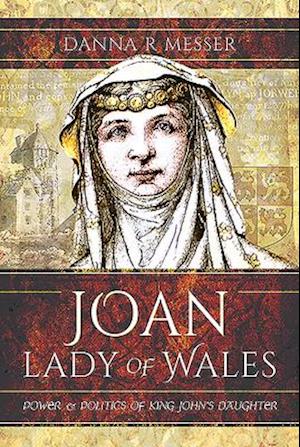 The history of women in medieval Wales before the English conquest of 1282 is one largely shrouded in mystery. For the Age of Princes, an era defined by ever-increased threats of foreign hegemony, internal dynastic strife and constant warfare, the comings and goings of women are little noted in sources. This misfortune touches even the most well-known royal woman of the time, Joan of England (d. 1237), the wife of Llywelyn the Great of Gwynedd, illegitimate daughter of King John and half-sister to Henry III. With evidence of her hand in thwarting a full scale English invasion of Wales to a notorious scandal that ended with the public execution of her supposed lover by her husband and her own imprisonment, Joan's is a known, but little-told or understood story defined by family turmoil, divided loyalties and political intrigue.

From the time her hand was promised in marriage as the result of the first Welsh-English alliance in 1201 to the end of her life, Joan's place in the political wranglings between England and the Welsh kingdom of Gwynedd was a fundamental one. As the first woman to be designated Lady of Wales, her role as one a political diplomat in early thirteenth-century Anglo-Welsh relations was instrumental. This first-ever account of Siwan, as she was known to the Welsh, interweaves the details of her life and relationships with a gendered re-assessment of Anglo-Welsh politics by highlighting her involvement in affairs, discussing events in which she may well have been involved but have gone unrecorded and her overall deployment of royal female agency.