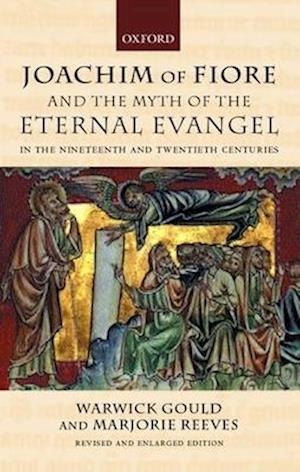 In the twelfth century Joachim of Fiore (c.1132-1202) developed a powerful and original theology of history. In the twentieth century, particularly after the Second World War, much interest was focused on the influence of his ideas, with the result that large and sometimes exaggerated claims were made for his impact on nineteenth- and twentieth-century thought. The first version of this book (Clarendon Press, 1987) sought to distinguish between the precise,documented evidence of Joachim's influence in the modern period and the vaguer assertions which had appeared in histories of ideas. A surprising, and until now virtually unchronicled, story emerged. French romantic visionaries, English literary writers, fin de siecle figures dabbling in the occult, a Czechpoet involved in resurgent nationalism - all, to a greater or lesser degree, had taken this medieval abbot as a prophet of the `new religion of humanity' which they had sought. The `Eternal Evangel' (the radical form of Joachim's doctrine) was evidently a symbol of the `new spirit' of the future for such figures as Michelet, Quinet, Leroux, Sand, Mazzini, Renan, Matthew Arnold, George Eliot, Pater, Huysmans, W. B. Yeats, and Vrchlicky.In this process, of course, the genuine thought of the medieval biblical exegete was largely lost, but the myth became a powerful inspiration. This radically revised study has been augmented with further prophetic voices and symbols from the past. Extended by more than 100 pages, it not only confirms the deep structures of visions of the future, but demonstrates and questions the persistence of Joachimist themes in the twentieth-century fin de siecle.

Forfattere
Bibliotekernes beskrivelse This study offers a "map" of the influence of the powerful, original theology of Joachim of Fiore (c.1132-1202). This revised edition confirms the deep structures of visions of the future while demonstrating and questioning the persistence of Joachimist themes in the 20th-century fin-de-siecle. frontispiece, 3 halftones