J.M. Coetzee and the Paradox of Postcolonial Authorship 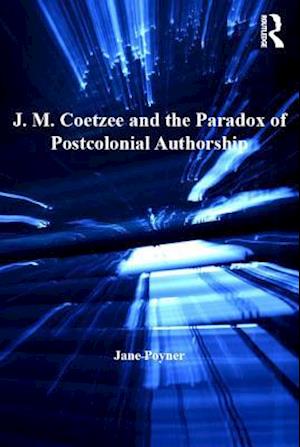 In her analysis of the South African novelist J. M. Coetzee's literary and intellectual career, Jane Poyner illuminates the author's abiding preoccupation with what Poyner calls the 'paradox of postcolonial authorship'. Writers of conscience or conscience-stricken writers of the kind Coetzee portrays, whilst striving symbolically to bring the stories of the marginal and the oppressed to light, always risk reimposing the very authority they seek to challenge. From Dusklands to Diary of a Bad Year, Poyner traces how Coetzee rehearses and revises his understanding of the ethics of intellectualism in parallel with the emergence of the 'new South Africa'. She contends that Coetzee's modernist aesthetics facilitate a more exacting critique of the problems that encumber postcolonial authorship, including the authority it necessarily engenders. Poyner is attentive to the ways Coetzee's writing addresses the writer's proper role with respect to the changing ethical demands of contemporary political life. Theoretically sophisticated and accessible, her book is a major contribution to our understanding of the Nobel Laureate and to postcolonial studies.