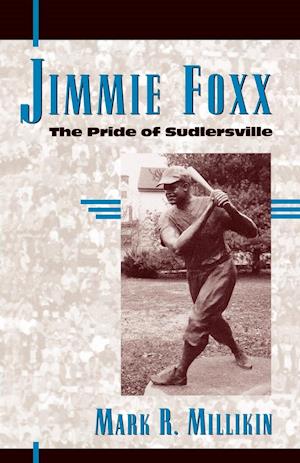 While major league baseball gained popularity in large American cities at the beginning of the twentieth century, it was still relatively unseen by small town inhabitants who could only read about it in the newspaper or catch an exhibition game as major league teams traveled through the United States. What was popular was "town baseball," fierce competitions between local teams to best the other in all aspects of baseball, particularly power hitting. It was from this environment that Jimmie Foxx, one of major league baseball's most talented players, began his journey toward the majors. Jimmie Foxx: The Pride of Sudlersville, is the story of one of baseball's most ferocious hitters. Growing up in small town Maryland, Jimmie seemed destined to play major-league baseball. By age 16 he was already playing professionally and wowing fans with his ability to smash homers. During his major-league career he appeared in three straight World Series, played for the Philadelphia Athletics and the Boston Red Sox, and spent the 1932 baseball season closely pursuing Babe Ruth's single-season home run record. The comparison to Babe Ruth has not been lost on many baseball scholars, but goes relatively unknown by the general public and many baseball fans. The most inclusive biography of Jimmie Foxx to date, Millikin's book provides a complete picture of his subject.