- From Kristallnacht to Liberation 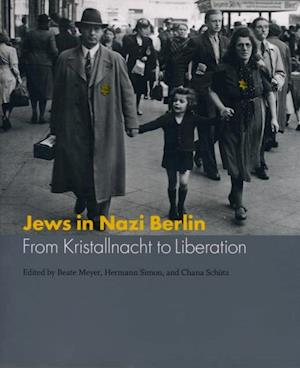 Though many of the details of Jewish life under Hitler are familiar, historical accounts rarely afford us a real sense of what it was like for Jews and their families to live in the shadow of Nazi Germany's oppressive racial laws and growing violence. With Jews in Nazi Berlin, those individual lives-and the constant struggle they required-come fully into focus, and the result is an unprecedented and deeply moving portrait of a people.Drawing on a remarkably rich archive that includes photographs, objects, official documents, and personal papers, the editors of Jews in Nazi Berlin have assembled a multifaceted picture of Jewish daily life in the Nazi capital during the height of the regime's power. The book's essays and images are divided into thematic sections, each representing a different aspect of the experience of Jews in Berlin, covering such topics as emigration, the yellow star, Zionism, deportation, betrayal, survival, and more. To supplement-and, importantly, to humanize-the comprehensive documentary evidence, the editors draw on an extensive series of interviews with survivors of the Nazi persecution, who present gripping first-person accounts of the innovation, subterfuge, resilience, and luck required to negotiate the increasing brutality of the regime.A stunning reconstruction of a storied community as it faced destruction, Jews in Nazi Berlin renders that loss with a startling immediacy that will make it an essential part of our continuing attempts to understand World War II and the Holocaust.