Jews and Judaism in The New York Times 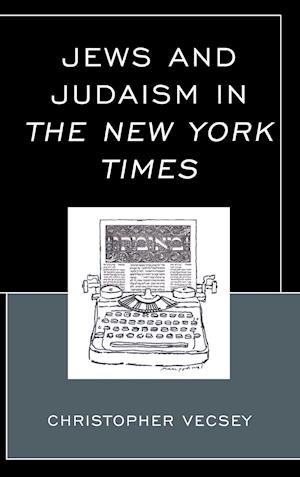 In a recent book, Following 9/11: Religion Coverage in the New York Times, Christopher Vecsey examines journalistic definitions of "religion," before and (especially) after the terrible events of September 11, 2001. Here he explores Times portrayals of the cumulative religious tradition called Judaism, embodied by peoples who have called themselves Jews-from antiquity to modernity, throughout the world, and especially in the United States, where a plurality of Jews live today and where the Times is published. To understand Judaism today is to fathom its diverse texts, beliefs, rituals, ethics, and institutions, the contemporary concerns of Jews, and the relationships not only among Jews, but also between Jews and gentiles, and the continuing impact of anti-Semitism upon Jewish life. Since the 1940s, Jews and Judaism have been profoundly affected by the horrific course of the Holocaust, and by the formation of Israel as a Jewish nation-state. These have been the major themes in the Times' treatment of Judaism-chronicled in thousands of articles.Like an insider to Jewish tradition, the paper recounts favorite holy day recipes and tales of survival and travail in a multi-national and assimilative world. In so doing, however, the paper probes not only concurrence within Judaism, but more tellingly, a complex, multi-cultural, at-odds-with-itself Jewishness. Rather than thinking of the Times as a mouthpiece for Jewish interests, it is far more accurate to say that the Times has analyzed, like an outsider, the paradoxes, the tensions, and the culture wars in contemporary Jewish existence, in order to define pluralistic Judaism as a political, cultural, religious entity.The Times treats Judaism humanistically, showing that it is the Jewish people who are most important to Judaism, not merely the texts, the theology, or the institutions. The paper works from perspectival Talmudic principles, reporting multiple viewpoints in the circle of Jewish faith, observance, contestation, and disbelief, constantly questioning all sources, as an observant instrument of inquiry into Jewish existence, to expose Judaism's points of conflict as well as its areas of consensus.