- Breaking with the Past 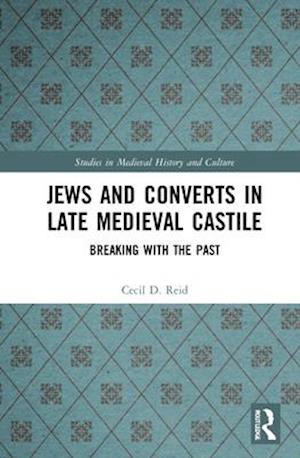 Jews and Converts in Late Medieval Castile examines the ways in which Jewish-Christian relations evolved in Castile, taking account of social, cultural, and religious factors that affected the two communities throughout the fourteenth and early fifteenth centuries.The territorial expansion of the Christian kingdoms in Iberia that followed the reconquests of the mid-thirteenth century presented new military and economic challenges. At the same time the fragile balance between Muslims, Jews, and Christians in the Peninsula was also profoundly affected. Economic and financial pressures were of over-riding importance. Most significant were the large tax revenues that the Iberian Jewish community provided to royal coffers, new evidence for which is provided here. Some in the Jewish community also achieved prominence at court, achieving dizzying success that often ended in dismal failure or death. A particular feature of this study is its reliance upon both Castilian and Hebrew sources of the period to show how mutual perceptions evolved through the long fourteenth century. The study encompasses the remarkable and widespread phenomenon of Jewish conversion, elaborates on its causes, and describes the profound social changes that would culminate in the anti-converso riots of the mid-fifteenth century.This book is valuable reading for academics and students of medieval and of Jewish history. As a study of a unique crucible of social change it also has a wider relevance to multi-cultural societies of any age, including our own.