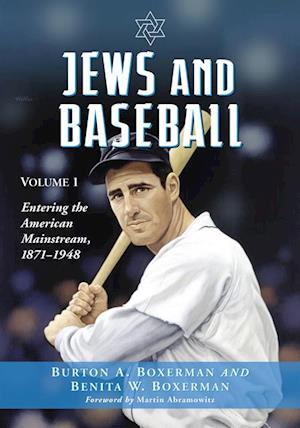 Long before Hank Greenberg earned recognition as baseball's greatest Jewish player, Jews had developed a unique, and very close, relationship with the American pastime. In the late nineteenth century, as both the American Jewish population and baseball's popularity grew rapidly, baseball became an avenue by which Jewish immigrants could assimilate into American culture. Beyond the men (and, later, women) on the field, in the dugout, and at the front office, the Jewish community produced a huge base of fans and students of the game. This important book examines the interrelated histories of baseball and American Jews to 1948--the year Israel was established, the first full season that both major leagues were integrated, and the summer that Hank Greenberg retired. Covered are the many players, from Pike to Greenberg, as well as the managers, owners, executives, writers, statisticians, manufacturers and others who helped forge a bond between baseball and an emerging Jewish culture in America. Key reasons for baseball's early appeal to Jews are examined, including cultural assimilation, rebellion against perceived Old World sensibilities, and intellectual and philosophical ties to existing Jewish traditions. The authors also clearly demonstrate how both Jews and baseball have benefited from their relationship.