indgår i serie STUDIES IN SEMITIC LANGUAGES AND LINGUISTICS 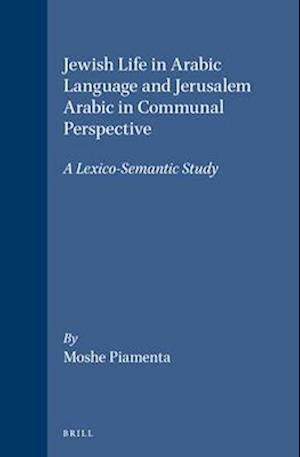 This volume deals with Judaeo-Jerusalem Arabic affected by Jewish socio-religious life, its interrelatedness with non-Jewish Jerusalem Arabic, and its erosion by youths through replacement by Hebrew. The socio-religious life of the Jewish community is first introduced, followed by descriptions of socio-linguistic processes of both dialect varieties, of integrating and discharging foreign borrowings, of lexico-semantic concord and contrast between both dialect varieties, of varieties relating to relative status of interlocutors, and of deteriorating Judaeo-Jerusalem Arabic replaced by modern Hebrew. A dictionary-like Arabic and Hebrew index ends the book. The diachronic and synchronic analyses and description of intricate and interrelated lexico-semantic communal dialectal varieties of Arabic and Hebrew in present-day Jerusalem is a most challenging linguistic achievement hopefully won here.