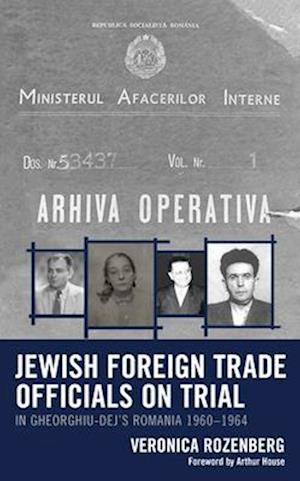 This book deals with six trials, conducted by the Romanian state against Jewish key officials employed in state-owned import-export companies between 1950 and 1960. It begins with a presentation of the political realities of Romania following the Communist Party's rise to power, in particular those regarding its relationship with Romania's Jews and Gheorghiu-Dej's policy of National Communism. Rozenberg describes the criminal procedure used in the staged economic trials follows and then examines this procedure based on the legal system of the period, as exemplified by the six analyzed trials. The Romanoexport Jewish officials' trial is analyzed in depth, as the case study of the whole book. This book concludes by bringing to light two phenomena that dissipate some mystique surrounding the events: first, the state's practice of using its legal system as a means of oppressing the population; and second, the stereotypical image of "The Jew" which the regime in Romania developed. Despite its supposed anti-religiosity, it held on to centuries-old prejudices against Jews as pariahs, with supposed allegiance to foreign elements preferred over their surrounding society, even to the point of betraying and exploiting their own country.