- A History across Five Centuries 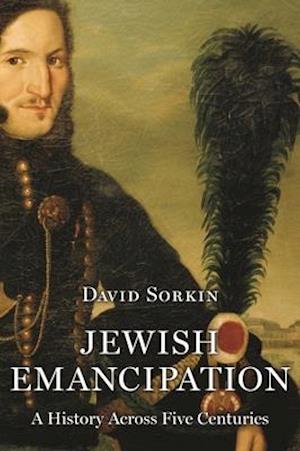 The first comprehensive history of how Jews became citizens in the modern worldFor all their unquestionable importance, the Holocaust and the founding of the State of Israel now loom so large in modern Jewish history that we have mostly lost sight of the fact that they are only part of-and indeed reactions to-the central event of that history: emancipation. In this book, David Sorkin seeks to reorient Jewish history by offering the first comprehensive account in any language of the process by which Jews became citizens with civil and political rights in the modern world. Ranging from the mid-sixteenth century to the beginning of the twenty-first, Jewish Emancipation tells the ongoing story of how Jews have gained, kept, lost, and recovered rights in Europe, North Africa, the Middle East, the United States, and Israel.Emancipation, Sorkin shows, was not a one-time or linear event that began with the Enlightenment or French Revolution and culminated with Jews' acquisition of rights in Central Europe in 1867-71 or Russia in 1917. Rather, emancipation was and is a complex, multidirectional, and ambiguous process characterized by deflections and reversals, defeats and successes, triumphs and tragedies. For example, American Jews mobilized twice for emancipation: in the nineteenth century for political rights, and in the twentieth for lost civil rights. Similarly, Israel itself has struggled from the start to institute equality among its heterogeneous citizens.By telling the story of this foundational but neglected event, Jewish Emancipation reveals the lost contours of Jewish history over the past half millennium.