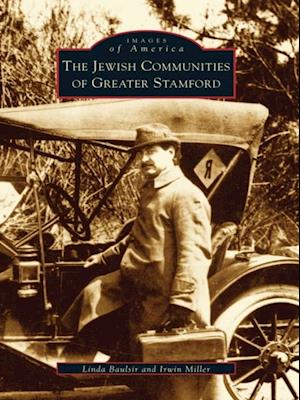 The Jewish Communities of Greater Stamford presents a broad historical view of the Jewish people of Stamford, Darien, Greenwich, and New Canaan, Connecticut, and Pound Ridge, New York. The book goes back to the era just prior to the American Revolution, when lone Jewish families settled among the Connecticut Yankees to engage in trade, manufacturing, and commerce.The earliest settlers-such as Nehemiah Marks, who was living and doing business in Stamford as early as 1720-opened stores and other commercial enterprises. By the mid-1800s, city dwellers began coming to the region for summer vacations. After 1880, settlers arrived via the peddlers' routes and, after accumulating a little capital, stayed to open shops and establish themselves socially and politically. The greatest influx came in the 1890s and early 1900s, when many Jews arrived from the Pale of Settlements, eastern and central Europe, Lithuania, Poland, Russia, Romania, and the Austro-Hungarian Empire.