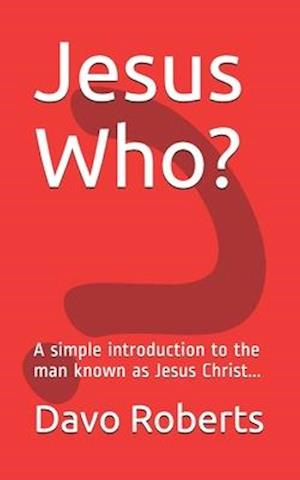 The title "Jesus Who?" was a question put to me by my father many years ago. He was asking me which Jesus I was talking about. The Jesus of Islam? The Jesus of the Anglicans or the Jesus of the Baptists? The Jesus of the imagination? In here we look at who I think Jesus was and is... It acts as a brief introduction to the greatest man who ever lived: Jesus Christ. Who was he? Why does he matter? What has he got to do with each of us? Jesus Christ. The name which is on everybody's lips at Christmas. But who was this man and so what? When the human we know as Jesus Christ was born, his name imbued the very reason he was born. His conception and birth were extraordinary at every level. Jesus very name, means "one who saves" and the entirety of his birth, life and death were centred on this very role. His role was to save all those who would follow Him.Almost everyone has an opinion about Him. Jesus was born to confirm God's promises, to reveal God as a loving Father, invite people into His Sonship, and to be our representative before Almighty God. He gave us an example of how to live a holy life to the full. Jesus was not merely a man who received some special power, nor was he some strange creation that was half man and half God. As we will see together inside, He was much more than those ideas.