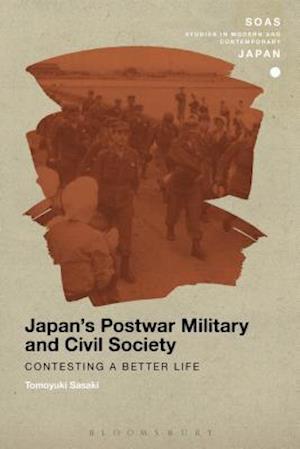 Japan's so-called 'peace constitution' renounces war as a sovereign right of the nation, and bans the nation from possessing any war potential. Yet Japan also maintains a large, world-class military organization, namely the Self-Defence Forces (SDF). In this book, Tomoyuki Sasaki explores how the SDF enlisted popular support from civil society and how civil society responded to the growth of the SDF. Japan's Postwar Military and Civil Society details the interactions between the SDF and civil society over four decades, from the launch of rearmament in 1950. These interactions include recruitment, civil engineering, disaster relief, anti-SDF litigation, state financial support for communities with bases, and a fear-mongering campaign against the Soviet Union. By examining these wide-range issues, the book demonstrates how the militarization of society advanced as the SDF consolidated its ideological and socio-economic ties with civil society and its role as a defender of popular welfare. While postwar Japan is often depicted as a peaceful society, this book challenges such a view, and illuminates the prominent presence of the military in people's everyday lives.