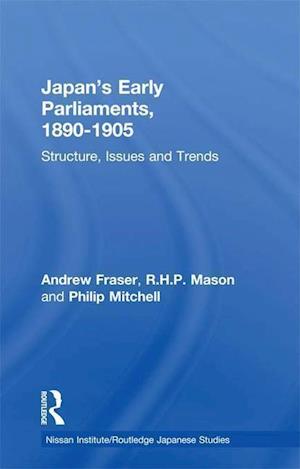 Japan's Early Parliaments, 1890-1905 is the first detailed study of the early history of the Japanese Diet, providing a thorough discussion of the origins of the Japanese parliament, still the central institution of Japanese politics, and its development during this formative period. Drawn from primary sources, including the Diet records and contemporary newspaper reports, the studies in this book cover specific topics and issues debated in the Diet such as the land tax increase, the debate on poor relief, and the Japanese Commercial Code of 1890. The authors also look at the structure of the Diet and the role of the separate Houses, setting their findings in the context of wider Japanese political history.