- Abandoned Twice by the State 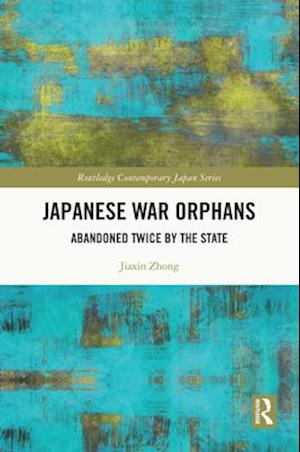 After Japan's defeat in August 1945, some Japanese children were abandoned in China and raised by Chinese foster parents. They were unable to return to Japan even during the mass repatriation carried out by the Japanese government in the 1950s. Most of them returned to Japan in the 1980s. They are called Japanese war orphans. They are victims of the Sino-Japanese War and have been exploited and abandoned by the Japanese government. They are also 'border people' who have lived in the interstices between two nations, China and Japan, and are migrants who have exploited the gap in economic development between Japan and China to seek individual happiness.Modern East Asia underwent drastic social change. These drastic social changes affected the lives of the Japanese war orphans and their families in a variety of ways. Over the years, Zhong has interviewed Japanese war orphans, their Chinese foster parents, and Japanese volunteers. The title is an interview-based sociological study of the issue of Japanese war orphans. The first half of the Japanese war orphans' lives were spent in China, and the latter half in Japan. It brings to the fore the dramatic personal histories of the Japanese war orphans surviving in the interstices between two nation-states. Through analyzing the issue of Japanese war orphans, the research on the subject makes the following three points: (1) the powerlessness of civilians caught up in modern warfare and the long-lasting effects of modern warfare on the life histories of individuals and their families; (2) the nature of the modern nation-state, which exploits and abandons its citizens as though they were expendable; and (3) immigration as a product of modernization gaps.Scholars pursuing studies in both Japanese society & Chinese society and historians of the Sino-Japanese war would find this an ideal read.