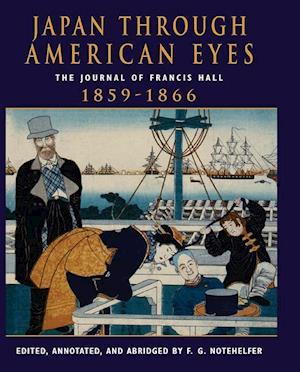 This abridgement of the unique journal of Francis Hall, America's leading business pioneer in nineteenth-century Japan, offers a remarkable view of the period leading to the Meiji Restoration. An upstate New York book dealer, Hall went to Japan in 1859 to collect material for a book on the country and to serve as correspondent for Horace Greely's New York Tribune. Seeing the opportunities for commerce in Yokohama, he helped found Walsh, Hall, and Co., an institution that became one of the most important American trading houses in Japan. Hall was a shrewd businessman, but also a perceptive recorder of life around him. Privately preserved for more than a hundred years, this document shows Hall to have been an astute observer and story-teller as well as an influential opinion-maker in the United States during the crucial decade of the American Civil War and the end of the Tokugawa Shogunate. While contemporary American and British diplomatic accounts have focused on the official record, Hall reveals the private side of life in the treaty port. The publication of his journal, now in abridged form for the student and general reader, furnishes us with an insightful and sensitive portrayal of Japan on the eve of modernity.

Forfattere
Bibliotekernes beskrivelse This volume is an account of what Japan was like in the last years of the Tokugawa feudal regime. Hall's journal is filled with details and insight into the conditions that created the Meiji Restoration and the role that the arrival of Americans and Europeans played in this process.