Japan: Its History, Traditions, and Religions 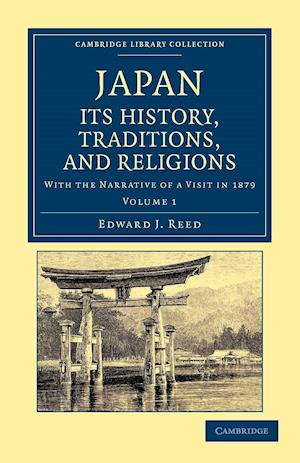 As Chief Constructor of the Royal Navy, Sir Edward Reed (1830-1906) oversaw the final move from wooden to ironclad ships. Upon resigning from the Navy in 1870 he designed warships for Germany, Chile, Brazil and Japan, and was invited to Japan in 1879 to advise its government on plans to strengthen its navy. Eleven years after the restoration of the monarchy, the country was embarking on a period of rapid industrial and military development. Published in 1880, and part history, part travel narrative, Reed's book gives a fascinating insight into Japan during a key period in her history and is an informal yet informed assessment of its people, customs, history and geography. Volume 1 covers the geography and history of Japan, including its mythology and the origins of its religions. It concludes with a valuable assessment by Reed of the political, social and industrial reforms and developments that he witnessed.