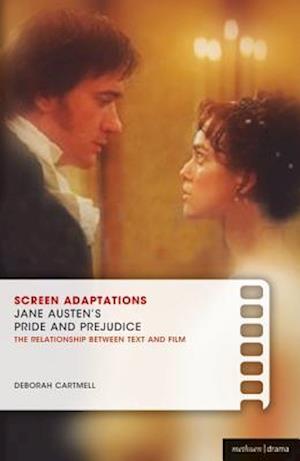 The study of literature on screen is a growing area of study in schools and universities. Many students have to produce critical essays comparing the novel and film versions of a particular text. The Screen Adaptations series offers a wealth of study material: from the literary context of the original work, through to thought-provoking comparisons of the screen versions, critical commentary and the afterlife of the films. Pride and Prejudice is a classic piece of literature and any new adaptation is a major event. With several well-known TV and film versions available (featuring stars such as Keira Knightley) as well as a Bollywood version, discussions around how these films interpret the story, themes and characters is a popular classroom choice for students and teachers alike. This new title in the Screen Adaptations series, provides a rich source of material to help students understand and write about the reciprocal relationship between film and literature. It offers in-depth analysis of the various screen versions and alternative 'readings' as well as critical insight and an interview with writer Andrew Davies, best known for his 1995 BBC adaptation.Following from Shakespeare, Jane Austen on screen is now an established part of literary studies and the volume will conclude with a survey of the growing body of literature in the field.