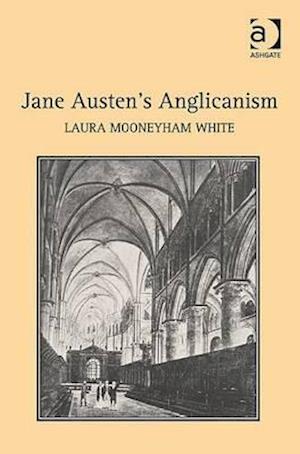 In her re-examination of Jane Austen's Anglicanism, Laura Mooneyham White suggests that engaging with Austen's world in all its strangeness and remoteness reveals the novelist's intensely different presumptions about the cosmos and human nature. While Austen's readers often project postmodern and secular perspectives onto an Austen who reflects their own times and values, White argues that viewing Austen's Anglicanism through the lens of primary sources of the period, including the complex history of the Georgian church to which Austen was intimately connected all her life, provides a context for understanding the central conflict between Austen's malicious wit and her family's testimony to her Christian piety and kindness. White draws connections between Austen's experiences with the clergy, liturgy, doctrine, and religious readings and their fictional parallels in the novels; shows how orthodox Anglican concepts such as natural law and the Great Chain of Being resonate in Austen's work; and explores Austen's awareness of the moral problems of authorship relative to God as Creator. She concludes by surveying the ontological and moral gulf between the worldview of Emma and Oscar Wilde's The Importance of Being Earnest, arguing that the evangelical earnestness of Austen's day had become a figure of mockery by the late nineteenth century.