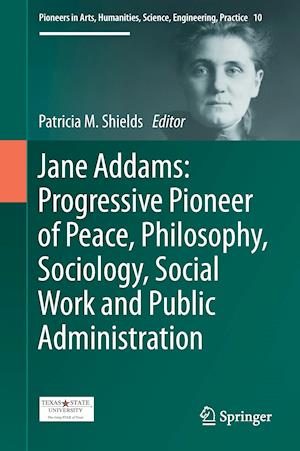 This book examines the life and works of Jane Addams who was awarded the Nobel Peace Prize (1931). Addams led an international women's peace movement and is noted for spearheading a first-of-its-kind international conference of women at The Hague during World War I. She helped to found the Women's International League of Peace and Freedom. She was also a prophetic peace theorist whose ideas were dismissed by her contemporaries. Her critics conflated her activism and ideas with attempts to undermine the war effort. Perhaps more important, her credibility was challenged by sexist views characterizing her as a "silly" old woman. Her omission as a pioneering, feminist, peace theorist is a contemporary problem. This book recovers and reintegrates Addams and her concept of "positive peace," which has relevancy for UN peacekeeping operations and community policing. Addams began her public life as a leader of the U.S. progressive era (1890 - 1920) social reform movement. She combined theory and action through her settlement work in the, often contentious, immigrant communities of Chicago. These experiences were the springboard for her innovative theories of democracy and peace, which she advanced through extensive public speaking engagements, 11 books and hundreds of articles. While this book focuses on Addams as peace theorist and activist it also shows how her eclectic interests and feminine standpoint led to pioneering efforts in American pragmatism, sociology, public administration and social work. Each field, which traces its origin to this period, is actively recovering Addams' contributions.