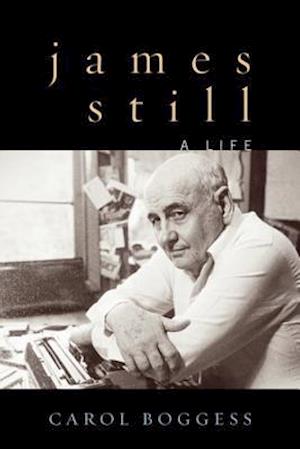 James Still (1906--2001) first achieved national recognition in the 1930s as a poet, and he remains one of the most beloved and important writers in Appalachian literature. Though he is best known for the seminal novel River of Earth -- which Time magazine called a 'work of art' and which is often compared to John Steinbeck's The Grapes of Wrath as a poignant literary exploration of the Great Depression -- Still is also recognized as a significant writer of short fiction. His stories were frequently published in outlets such as the Atlantic and the Saturday Evening Post and won numerous awards, including the O. Henry Memorial Prize.In the definitive biography of the man known as the 'dean of Appalachian literature,' Carol Boggess offers a detailed portrait of Still. Despite his notable output and importance as a mentor to generations of young writers, Still was extremely private, preferring a quiet existence in a century-old log house between the waters of Wolfpen Creek and Dead Mare Branch in Knott County, Kentucky. Boggess, who befriended the author in the last decade of his life, draws on correspondence, journal entries, numerous interviews with Still and his family, and extensive archival research to illuminate his somewhat mysterious personal life. James Still: A Life explores every period of Still's life, from his childhood in Alabama, through the years he spent supporting himself in various odd jobs while trying to build his literary career, to the decades he spent fostering other talents. This long-overdue biography not only offers an important perspective on the author's work and art but also celebrates the legacy of a man who succeeded in becoming a legend in his own lifetime.