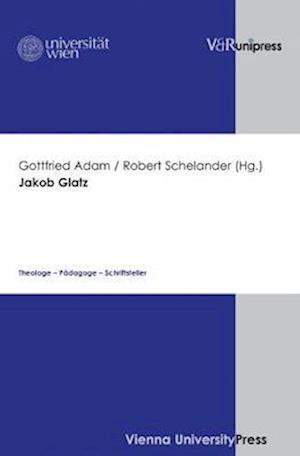 In his time, Jacob Glatz was a famous and renowned author of books for young people. At the beginning of the 19th century, he wrote approximately one hundred books, most of which were children's books and books for young people. In late 18th-century Austria, educational issues were traditionally thought of as a stronghold of the Roman Catholic Church. Thus, considering Glatz's religious affiliation - he was Lutheran - his voluminous literary work, his success and the effect he had, seem quite remarkable. For many years, Glatz's books were concealed in libraries and private foundations. Now they enjoy renewed interest, especially from researches. To examine Glatz, one has to contemplate the different aspects of his life. For quite some time, he was engaged in the Salzmann Philanthropin in Schnepfental. Apart from that he, being the councillor of the consistory, took a leading role in organizing the constitution of the newly foundedPprotestant Church. This volume surveys the connections and interdependencies between Glatz, the man who brought philanthropic ideas to Vienna and Glatz, the man who successfully wrote children's books and books for young people. German text.