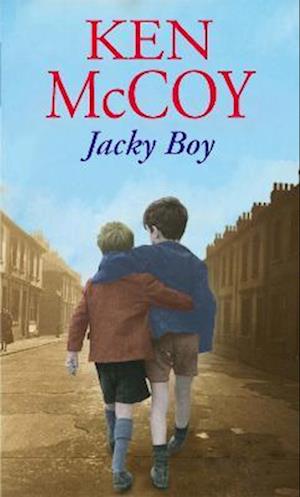 On the day of his dad's funeral, ten-year-old Jacky Gaskell meets Frank McGovern for the first time. For when Frank is hanged for a murder he did not commit, Jacky's mother Maureen feels she must tell Jacky the truth: Frank was his real father. On the day of the execution Maureen loses the only man she ever truly loved and must now raise her three children, Brian, Ellie and Jacky, alone. Once the scandal gets out, there is little sympathy from the neighbours, and Jacky has a hard time at the local school from children and teachers alike. And there is little comfort to be had at home as Brian suddenly turns against his younger brother, constantly provoking arguments and fights. Although he only met Frank briefly, Jacky is convinced he was innocent and feels duty bound to clear his name. Enlisting the help of his sister Ellie, the pair embark on a series of plans and stunts to bring the real killer to justice. However, when their actions backfire, they not only attract the attention of the police, but the more sinister attentions of the real murderer, who will stop at nothing to silence the Gaskells.