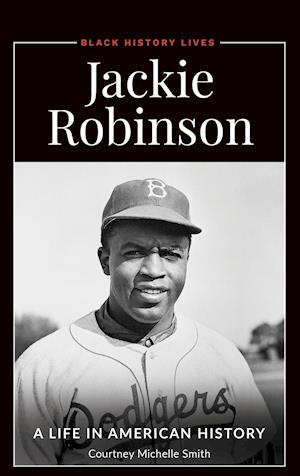 Jackie Robinson: A Life in American History provides readers with an understanding of the scope of Robinson's life and explores why no Major League baseball player will ever again wear number 42 as his regular jersey number.This book captures Robinson's lifetime, from 1919 to 1972, while focusing on his connections to the unresolved promise of the Reconstruction Era and to the civil rights movement of the 20th century. In addition to covering Robinson's athletic career with the UCLA Bruins, the Kansas City Monarchs, the Montreal Royals, and the Brooklyn Dodgers, the book explores sociopolitical elements to situate Robinson's story and impact within the broader context of United States history. The book makes deliberate connections among the failure of Reconstruction, the creation of the Negro Leagues, the rise and decline of legalized segregation in the United States, the progress of the civil rights movement, and Robinson's life.Chronological chapters begin with Robinson's life before he played professional baseball, continue with an exploration of the Negro Leagues and Robinson's career with the Brooklyn Dodgers, and conclude with an examination of Robinson's post-retirement life as well as his influence on civil rights. Supplemental materials including document excerpts give readers an opportunity to explore contemporary accounts of Robinson's career and impact.Provides readers with insight into the ways the unfulfilled promise of the Civil War and Reconstruction eras impacted areas of life beyond politicsProvides readers with an understanding of how professional baseball reflects American society and vice versaInforms readers that Major League baseball in the 19th century experienced a period of integration before entering a prolonged period of segregationDemonstrates how the effort to reintegrate the Major Leagues was tied to World War II and to efforts to promote integration in other areas of American societyShows Robinson's significance both within and outside of the world of professional baseball