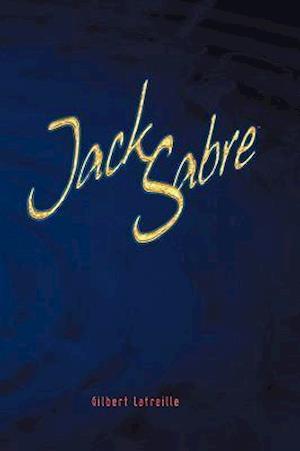 On an exceptionally cold and windy night in Ottawa, an abnormally large, healthy baby is dramatically born to a woman whose origins and circumstances are unknown. Entering life with special physical gifts, he goes on his journey, giving and receiving love. Along the way he touches many with his character and belief in doing what he feels is right, while making his surroundings a better place in which to live.

Meet Jack Sabre, a golden boy with a huge physique and a big heart with sound values. He is torn between the love of his golden girl, Nancy, and his best friend, Tommy, as they try to prevent him from making a decision which will alter the life of many. They, along with Jack's adoptive mother, Rita, fear that his actions might have fatal consequences for Jack as he is lured into the coming danger.

Come along with Jack as he makes his way through life; join him as he discovers true love, seeks out truths, anguishes over the unexplained departure of a trusted teacher and the loss of a close friend. As he journeys, he will touch many lives! Be prepared to laugh at his antics but also to fear for him, as his mother does, as he decides to tread where he should not.