It's Not Just A Theory 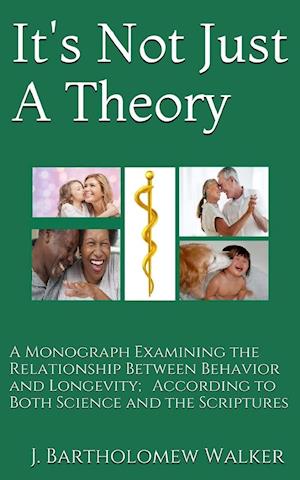 "If I knew I was going to live this long, I'd have taken better care of myself."

Attributed to Mickey Mantle as well as others; this represents an interesting and seemingly inverse relationship between doing that which is considered "healthy" and the expected result. Although generally stated quasi comically, this paradox nevertheless remains.

Most are familiar with other paradoxical situations where the outcome is much different. Few have not heard stories about the friend, relative, or famous person who did everything "right;" yet nevertheless passed on at an incredibly young age. And there is always that one who did everything "wrong;" and yet outlived even the children of all of his or her contemporaries.

As Ayn Rand pointed out; "Contradictions do not exist. Whenever you think you are facing a contradiction, check your premises. You will find that one of them is wrong."

This is not to say that healthy living is not likely to increase both "health" and longevity; but rather that this alone is grossly insufficient, and in some instances might even be counterproductive. One could try and argue that the man who smoked and yet lived to 96 or 100; (Eubie Blake and George Burns come to mind respectively); would have lived much longer had he stopped. One could also argue the reverse. But neither represents the point.

Matthew 15:11 tells us: "Not that which goeth into the mouth defileth a man; but that which cometh out of the mouth, this defileth a man"-and this is not meant to refer to "bad breath" from what the man recently ate. What comes out of a man's mouth ultimately is what is in his heart.

Doing what is healthy in the material-is good. However; this material contribution to health and longevity is dwarfed by man's other; but only seemingly; unrelated behaviors. As just one example; science is merely scratching the surface, when speaking of stress (immaterial) as it relates to health and longevity.

Understand the system and solve the paradox.