It's Alive!: A Visual History of Frankenstein 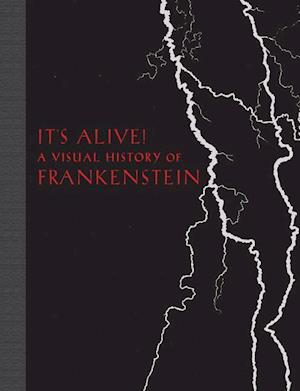 This book shows how Mary Shelley created a monster. Commemorating the two-hundredth anniversary of Frankenstein, it traces the origins and impact of her novel - a classic of world literature, a masterpiece of horror, and a forerunner of science fiction. Shelley conceived the archetype of the mad scientist who dares to flout the laws of nature. She devised a conflicted creature, eloquent and repulsive, torn between good and evil. In the movies he can be a brute pure and simple, yet he is still an object of compassion and remains a favourite on stage and screen. Theatrical adaptations made the fame of Frankenstein. Shelley wrote a novel of ideas with a philosophising creature, hardly the stuff of a mass-market bestseller. In the theatre, however, the monster is mute, a terrifying transformation accomplished by actor Thomas P. Cooke, who played the part in 1823, and took London and Paris by storm. Subsequent dramatisations caught the popular imagination and inspired the movie versions, which spawned spin-offs, sequels, mash-ups, tributes, and parodies. Replicants of Frankenstein are so prevalent in today's culture that the name has become a meme signifying forbidden science, unintended consequences, and ghastly amalgamations. This engaging visual record begins with a biography of the author and continues through current reinterpretations of the story. Many of the contextual images have never been published before in print.

Forfattere
Bibliotekernes beskrivelse A vivid, visual, history of Mary Shelley's famous book, which explains its enduring popularity in the theatre, the cinema, and to the general public.