- Politics, Society and Institutions at the End of the Great Recession 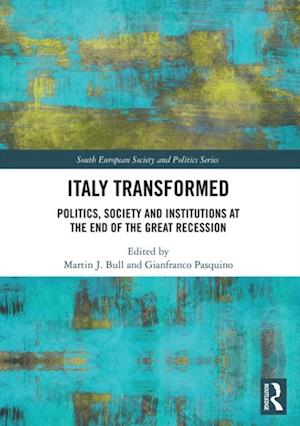 The decade commencing with the great crash of 2008 was a watershed period for Italian politics, involving fundamental and dramatic changes, many of which had not been anticipated and which are charted in this book. This comprehensive volume covers the impact of the Eurozone crisis on the Italian economy and its relationship with the European Union, the dramatic changes in the political parties (and particularly the rise of a new political force, the Five Star Movement, which became the largest political party in 2013), the changing role of the Trade Unions in the lives of Italian citizens, the Italian migration crisis, electoral reforms and their impact on the Italian party system (where trends towards bipolarisation appear to be exhausted), the rise of new forms of social protest, changes to political culture and social capital and, finally, amidst the crisis, reforms to the welfare state.Overall, the authors reveal a country, which many had assumed was in quiet transition towards a more stable democracy, that suffers an immense shock from the Eurozone crisis and bringing to the fore deep-rooted structural problems which have changed the dynamics of its politics, as confirmed in the outcome to the 2018 National Elections.This book was originally published as a special issue of South European Society and Politics.