- Staying Behind but Moving Forward during the Age of Mass Emigration, 1876-1914 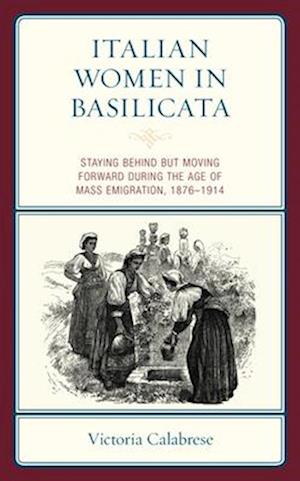 This study examines the role of southern Italian women who remained behind when their husbands emigrated in the late nineteenth and early twentieth centuries. By piecing together limited archival source material, the author argues that married women were not voiceless or powerless when their husbands were abroad, but they took on roles beyond their limited legal position. They petitioned local officials, requested passports, received remittances, and handled the family finances, all in the absence of their husbands, the legal head of the family. The study also emphasizes the connection forged between women and the new Italian state at a time when women did not have political rights. Centering on Basilicataa ';forgotten' region of the Italian south and one that has not been a major focus of scholarly investigationthis study challenges stereotypes that the Italian south was backwards, uncivilized, and lagging behind northern Italy. The author argues that large scale emigration greatly impacted the married women left behind in the villages of Basilicata, changing their social, political, and economic role.