Italian Industrialists from Liberalism to Fascism 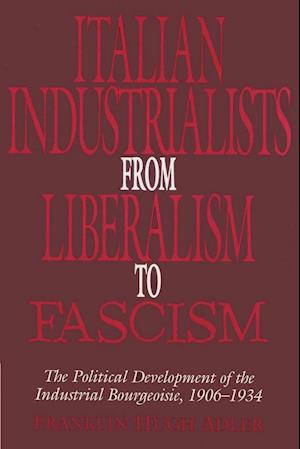 The Croix de Feu and its successor the Parti Social Francais stood at the centre of political conflict in the turbulent final years of the French Third Republic. Membership peaked at 750,000 in 1937, and at the time the movement was widely regarded as the counterpart of fascism in Germany and Italy. However, only recently has the view that fascism also has roots in France become a serious topic for debate. From Liberalism to Fascism is based largely on archival research, and shows that contemporary perceptions of the Croix de Feu and the PSF as fascist were in fact correct. Dr Passmore places French fascism in the wider context of the history of French conservatism through a micro-study of a crisis of the liberal-conservative tradition in Lyon. This book is the first to place the emergence of French fascism in the wider political and social context. In the process, received views of the nature of French society and politics are contested.