indgår i serie Critical Perspectives on Music and Society 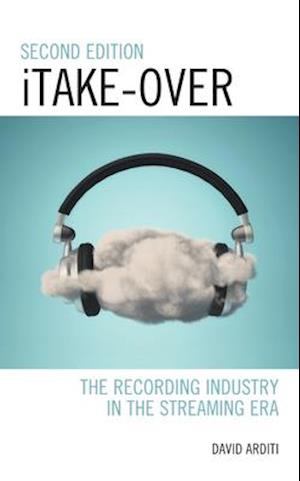 The second edition of iTake-Over: The Recording Industry in the Streaming Era sheds light on the way large corporations appropriate new technology to maintain their market dominance in a capitalist system. To date, scholars have erroneously argued that digital music has diminished the power of major record labels. In iTake-Over, sociologist David Arditi suggests otherwise, adopting a broader perspective on the entire issue by examining how the recording industry strengthened copyright laws for their private ends at the expense of the broader public good. Arditi also challenges the dominant discourse on digital music distribution, which assumes that the recording industry has a legitimate claim to profitability at the expense of a shared culture. Arditi specifically surveys the actual material effects that digital distribution has had on the industry. Most notable among these is how major record labels find themselves in a stronger financial position today in the music industry than they were before the launch of Napster, largely because of reduced production and distribution costs and the steady gain in digital music sales. Moreover, instead of merely trying to counteract the phenomenon of digital distribution, the RIAA and the major record labels embraced and then altered the distribution system.