It Makes a Difference Being a Catholic 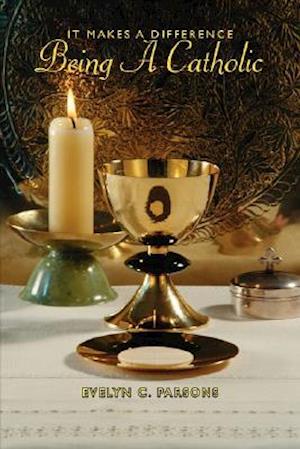 IT MAKES A DIFFERENCE BEING A CATHOLIC And The Difference Is Grace. In this writing there lies not only teaching for the Catholic in his Faith but of hopeful ecumenical discourse with others. This book does begin with the Roman Catholic Church's affirmation that salvation is for all, "who are disposed to obey God and live virtuously and righteously" (Pope Pius IX, 1863). Then Vatican II lauded the spiritual uprightness of other churches: Eastern and Western, Protestant and Anglican, the Jewish people, also, the Muslim, the Buddhist, and non-believer as well. Witness the growing responsiveness and respect between those of different religious beliefs, especially Catholic and other Christians who share Holy Scripture, belief in a (Triune God, Divinity of Christ, the Resurrection, etc.) though differing on interpretation of others (the Sacraments, Infallibility, Purgatory, etc.). Yet, if salvation is for all, virtuously disposed of any belief, does it matter which faith? Does it make a difference? Yes, and it lies in the invaluable divine gift of sanctifying grace, which from birth to death, comes primarily through reception of the seven sacraments of the one holy catholic and apostolic Church (Nicene Creed).