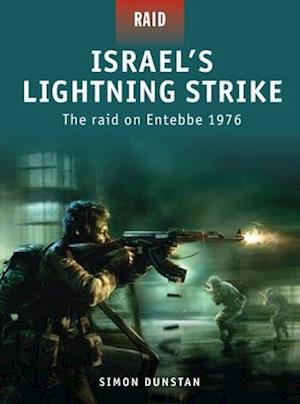 The Israeli Special Forces' operation at Entebbe goes down in history as one of the most audacious counter-terrorist assaults ever conducted. On 27 June 1976, four terrorists - two of the Popular Front for the Liberation of Palestine and two of the German Baader-Meinhof terrorist group - highjacked a passenger jet and forced a landing in Entebbe, Uganda. Here they were met by reinforcements, and - although releasing a few hostages - transferred all the Jewish and Israeli prisoners to the terminal building. As Idi Amin's assistance to the terrorists became increasingly clear, the Israeli government began preparations for a military assault. The element of surprise was crucial; never before had such a large-scale raid at such a long distance been successfully undertaken. This is the incredible story of how the Israeli Special Forces defied radar for over 2,000 miles, masqueraded as a tyrant in a Mercedes and captured uniforms, and defeated an army in brutal combat, in a triumph of sheer audacity and nerve. This is a compelling book chronicling an incredible moment in history.