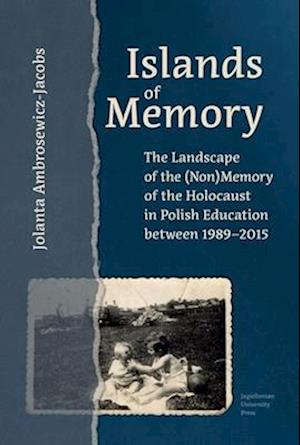 This book addresses the issues of memory (a more suitable word would be Marianne Hirsh's term of postmemory) of the Holocaust among young Poles, the attitudes towards Jews and the Holocaust in the comparative context of educational developments in other countries. The term "Jews" is, as rightly noted Joanna Tokarska-Bakir (2010) a decontextualized term used here in the meaning of Antoni Sulek (2010) as a collective "symbolic" entity. The focus was on education (transmitting values), attitudinal changes and actions undertaken to preserve (or counteract) the memory of Jews and their culture in contemporary Poland. The study to which the book primarly refers was conducted in 2008 and was a second study on a national representative sample of Polish adolescents after the first one undertaken in 1998. The data may seem remote from the current political situation of stepping back from the tendency to increase education about the Holocaust which dominated after 1989 and especially between 2000 and 2005, nonetheless they present trends and outcomes of specific educational interventions which are universal and may set examples for various geopolitical contexts. The focus of this research was not primarily on the politics of remembrance, which often takes a national approach, although state initiatives are also brought to the attention of the reader, but rather on grassroots action, often initiated by local civil society organizations (NGOs) or individual teachers and/or students. This study has attempted to discover the place that Jews have (or do not have) in the culture of memory in Poland, where there lived the largest Jewish community in pre-war Europe, more than 90% of which was murdered during the Holocaust. The challenge was to show the diversity of phenomena aimed at integrating Jewish history and culture into national culture, including areas of extracurricular education, often against mainstream educational policy, bearing in mind that the Jews currently living in Poland are also, in many cases, active partners in various public initiatives. It is rare to find in-depth empirical research investigating the ensemble of areas of memory construction and the attitudes of youth as an ensemble, including the evaluation of actions (programmes of non-governmental organisations and school projects) in the field of education, particularly with reference to the long-term effects of educational programmes. The assumption prior to this project was that the asking of questions appearing during this research would stimulate further studies. The book is divided into three parts: Memory, Attitudes and Actions. All three parts of the book, although aimed at analysing an ongoing process of reconstructing and deconstructing memory of the Holocaust in post-2000 Poland, including the dynamics of the attitudes of Polish youth toward Jews, the Shoah and memory of the Shoah, are grounded in different theories and were inspired by various concepts. The assumption prior to the study was that this complex process of attitudinal change cannot be interpreted and explained within the framework on one single academic discipline or one theory. Education and the cultural studies definitely played a significant role in exploring initiatives undertaken to research, study and commemorate the Holocaust and the remnants of the rich Jewish culture in Poland, but the sociology, anthropology and psychology also played a part in helping to see this process from various angles.