- Memories of a Norwegian Childhood 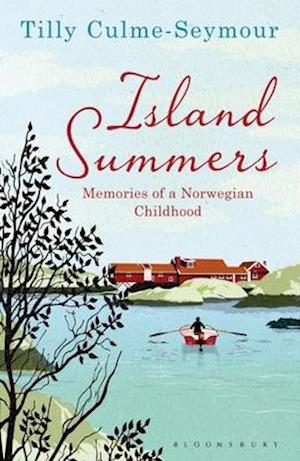 'My grandmother bought the island. The year was 1947 and she was thirty-three, a couple of years older than I am now. She was the visionary sort of person who can make something magical out of very little.'From the moment that Tilly's grandmother, Mor-mor, set eyes on the rocky outline of Smaholmene, it captured her imagination. Legend has it that she bought the island in exchange for a mink coat.Every summer from then on, she and her young family would escape from their life in the English countryside to its rugged outcrops and sparkling waters. Mor-mor loved Smaholmene fiercely. Lean and chic, she smoked voraciously and would scandalise the local islanders by roaming around naked, flanked by her standard black poodle, Cheri. Her children spent their days running wild, thieving for gull eggs, rowing on the lagoon, and foraging for island raspberries, which Mor-mor would sandwich together with whipped cream to make into a sukkerkake.Thirty-five years later, Tilly spent her first summer on Smaholmene. Her Mamma kept up the rituals that she herself had learnt from Mor-mor, and Tilly discovered in the island a living link between her family's past and its present. Glittering and bittersweet, this is the captivating story of the women who made Smaholmene their own: a land of childhood adventures, of magical summers, and of Tilly's first romance.