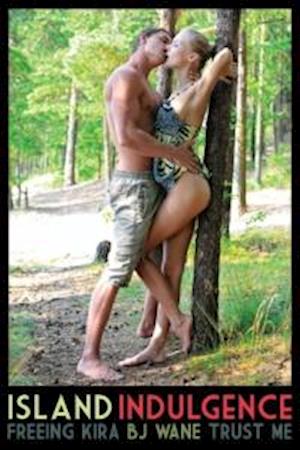 In FREEING KIRA, Kira Walker has successfully eluded her mobster ex-husband for three years when, upon returning to her houseboat, she discovers she’s been found by his henchmen. Making a spur of the moment decision, she quickly hides in another boat and witnesses a very erotic, kinky scene between the boat’s owner, Gabe Rivers and another woman. When Gabe is finally alone, Kira is mortified to find out he knew of her presence all along but doesn’t hesitate to take him up on both his offer of sex and refuge on his private island. After divorcing his faithless wife, Gabe has no intentions of getting involved in a committed relationship again, but soon finds himself hard pressed to ignore his growing feelings for Kira, especially when he watches her with his friend, Will and then his cousin, Alec. Kira loves life on their private island as much as she enjoys the chance the three of them give her to explore their alternative kinky lifestyle at her own pace, making up for all she had missed out on, but it was only Gabe she felt more than lust for. After unforeseen events, Kira decides to take control of her life... but what will that mean for Gabe? In TRUST ME, Alec Rivers finds himself instantly attracted to Brooke Hastings at Gabe and Kira’s wedding, an attraction that leads to slipping away from the reception to indulge in a hot and heavy quickie outside. Brooke never shies away from going after what, or who she wants, and that night she wanted Alec. A year later, Alec is pleased to see Brooke back on his island, but soon discovers that the open, sexually adventuresome woman has been damaged, and it is up to him to not only find out what happened, but to restore her confidence in herself and in sex. When memories of a tragic loss get Will down, he turns to an 800 sex line for anonymous relief. The night of Gabe’s wedding has Will particularly nostalgic and the shy, stuttering voice he gets on the other line is just the diversion he needs. Angie is moonlighting as a sex phone operator in order to free herself of the debts her deceased husband left behind. Thankfully, her second caller is a nice man named Will who not only walks her through it, he does it in a way that turns them both on. Over the next year, Will and Angie enjoy a long-distance, phone relationship, but when a requirement of Angie’s job puts her in jeopardy, Will wastes no time going to her rescue and finally convincing her to give them a chance at a real relationship.